I know I have been posting a lot of cakes. April is birthday month at home. So we had a very busy schedule with two parties. First one was for Ishaan’s school friends and teachers. Then came the other party, a bigger one, for all our close friends and family. This time we celebrated both the kids birthdays. I am glad all the birthdays for the year are done and we can relax till next year :). 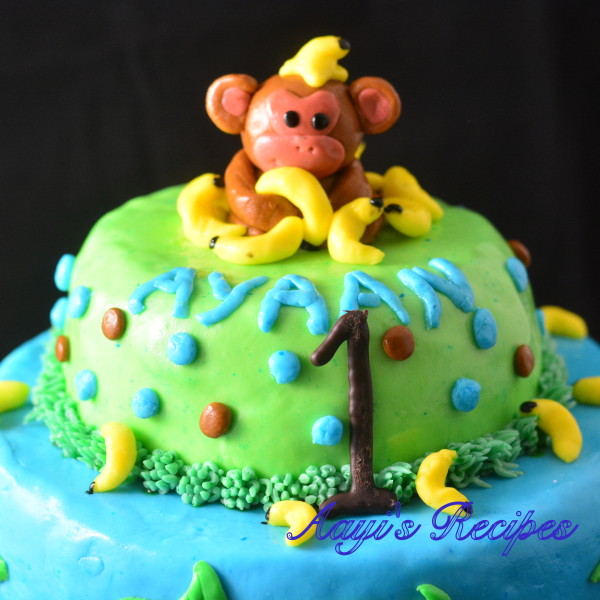 First birthdays are always special. This time it was more special for us as we celebrated both the kids birthdays together. We had a swim party which Ishaan was asking for. Since Ayaan also loves water, we decided to go with it. Both the kids and their friends had a fantastic time. 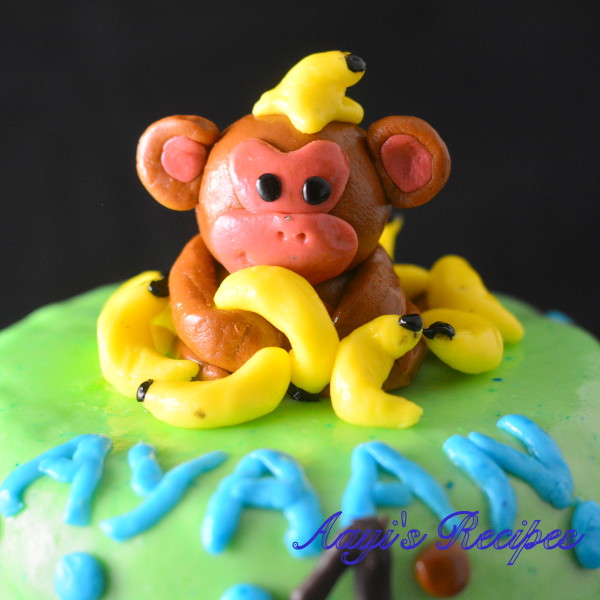 Ayaan has been always curious about all his monkey toys. I call both of them my little monkeys, always curious about things, always jumping around. So when I had to decide the theme, I knew it would be monkey theme. I chose carrot cake with cardamom as the base. Swiss meringue buttercream was used to crumb coat the cake. I went with Veena’s fondant recipe again for decorating the cake. The biggest lesson I learnt was not to mess with a perfect recipe – I substituted cream with milk (just because I was too lazy to go for shopping again). It messed up the fondant quite a bit. It was too loose and I had to add lot of sugar to get it into workable condition!. Last time I had followed the recipe exactly and it made the perfect fondant. 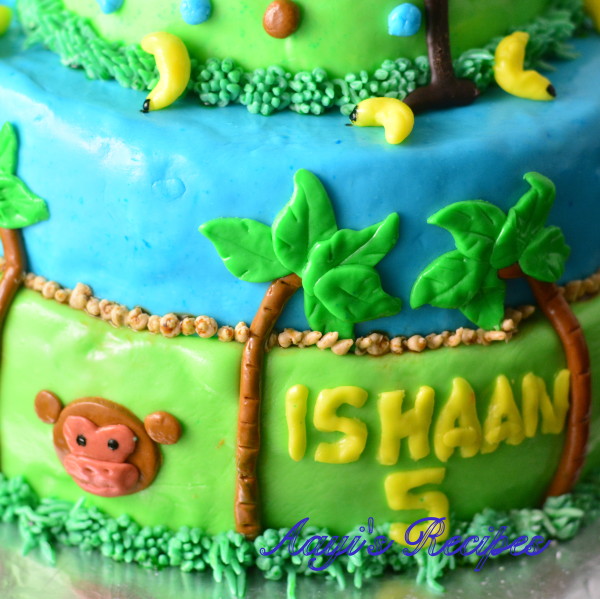 We had about 60 guests (including 25 kids). Since it was an afternoon party, we decided to serve lunch. We kept the menu quite simple. I made masala puri, Idli-sambar-chutney, onion chicken. We ordered vegetable biryani and chicken biryani from outside. We also had fruits, cucumber, pizza, chips and soft drinks. I was little overwhelmed trying to arrange the party. I have never cooked in such a big scale (mainly because of my small apartment kitchen and lack of big utensils). Also, Ayaan is at a phase where he has become extremely clingy, it become hard to get anything done with him pulling my legs. It was a good decision to have birthday on a Sunday since V was home on Saturday and took care of kids, that gave me enough time to cook. V’s cousin, who is studying at a college here in Kansas, came home for two days and he was a huge help around the house. 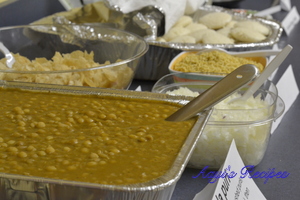 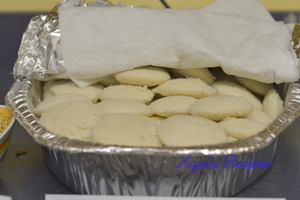 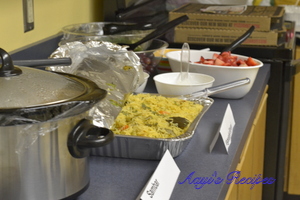 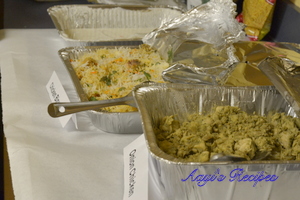