The kids turned 6 and 2 couple of month ago(I know I am late to post this!!). We had a combined party for both of them. We decided to have it at our home this time. Last year when we moved into this house, it was one of my dreams to have some large parties. So how could I not have a birthday party for them? It was a bit challenging for me to plan everything this time, since I had a new full time job and I hardly had any free time. But we are so glad we had it at home. We hired a balloon guy, who is one of the most creative balloon guys we have seen so far. Kids had so much fun with balloons and then they played in the backyard for almost an hour. I initially thought of ordering pizzas from outside. But thanks to V’s cousin who helped us in everything, I could manage to cook the entire meal for the party. 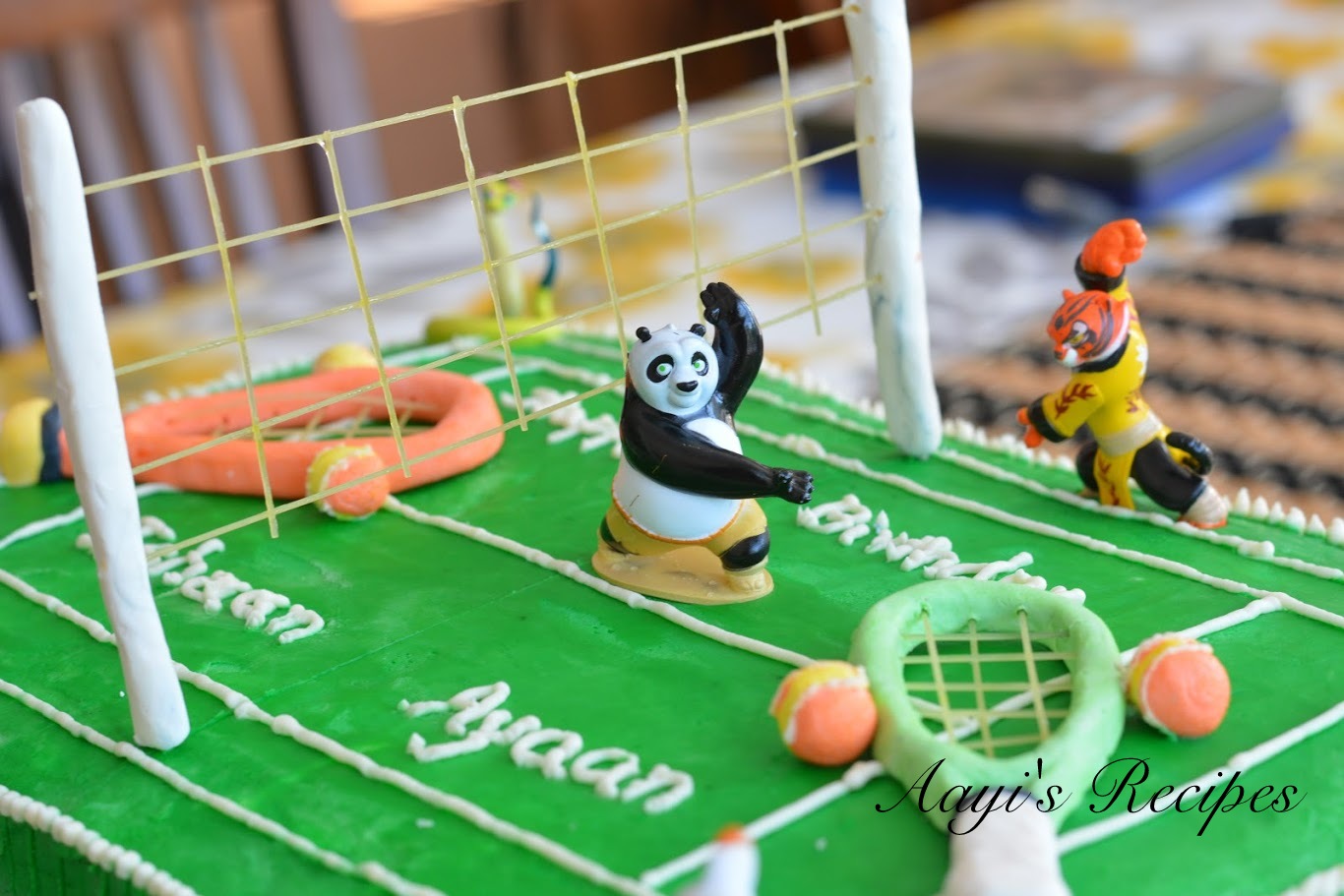 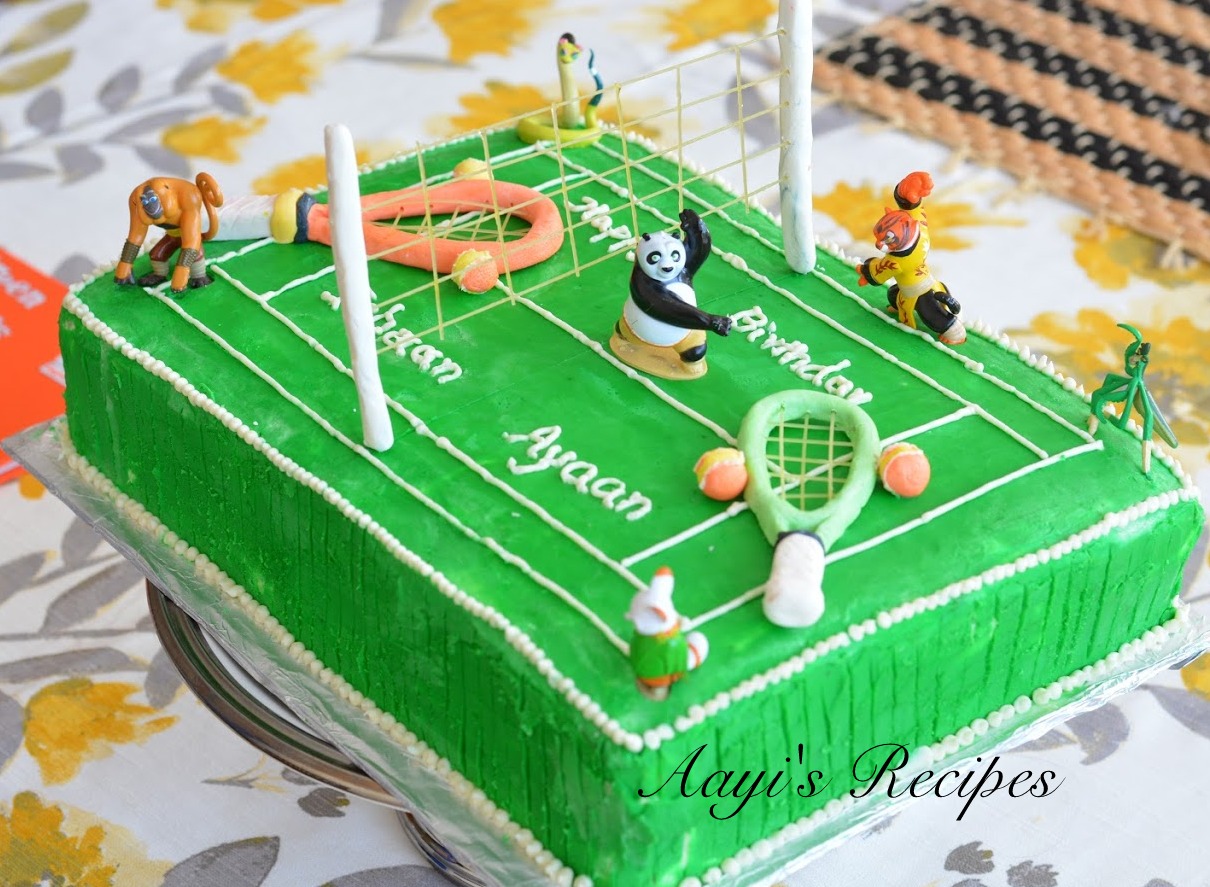 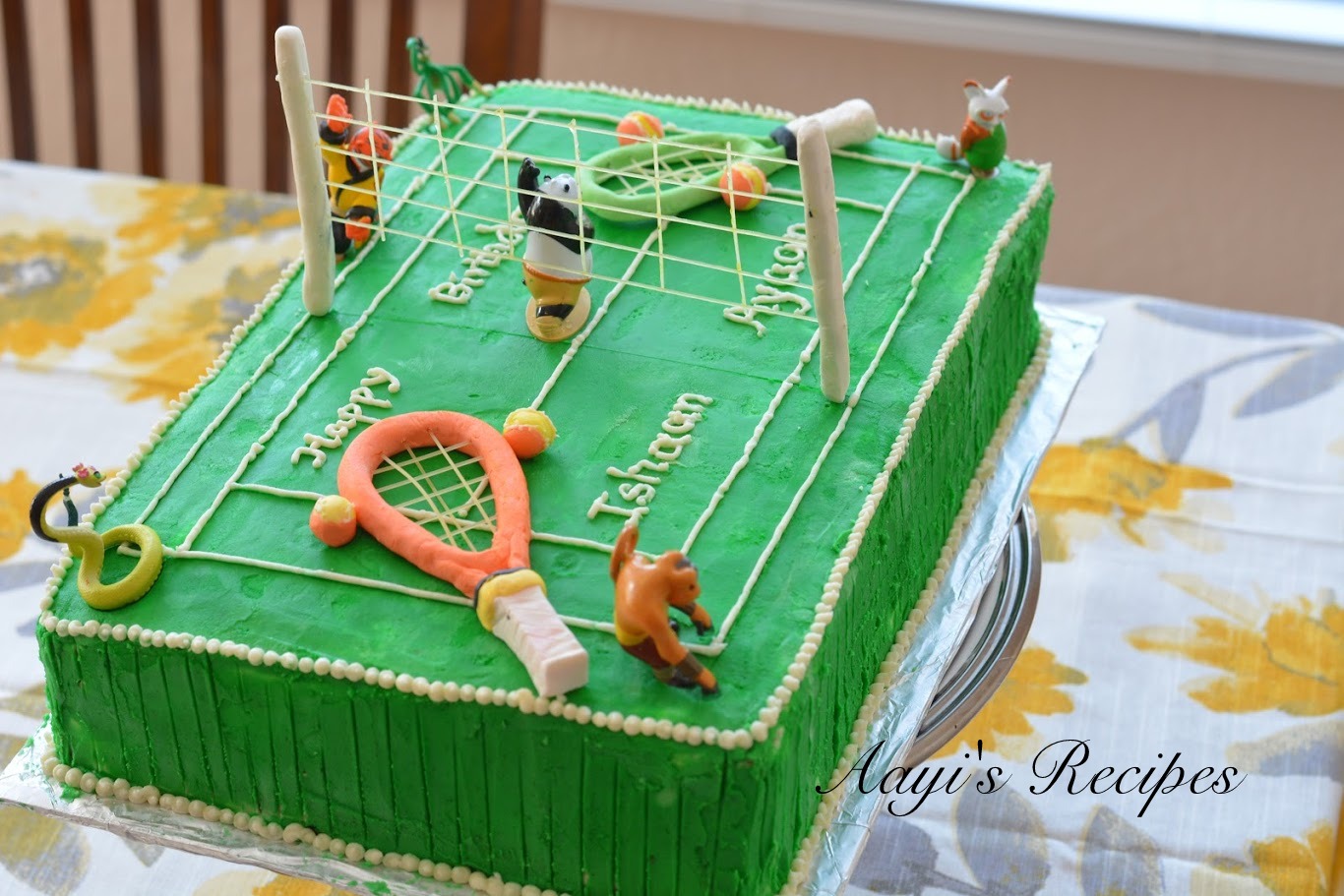 Now the cake – This was the cake Ishaan was asking for more than a year now. He LOVES tennis. He has been playing it for 2 years now and there is nothing else that gets him excited more. Ayaan is a huge fan of Kung fu panda. They both watched the series “Kung fu panda – Legends of Awesomeness” over and over again during the last year. I thought of having two separate cakes for them, but I did not have enough time to make the figures. Then Ishaan said he wanted one combined cake. So I ordered the figures from amazon. I made all the tennis rackets (Ishaan plays with a orange racket and he used to play with green earlier), balls, net etc. 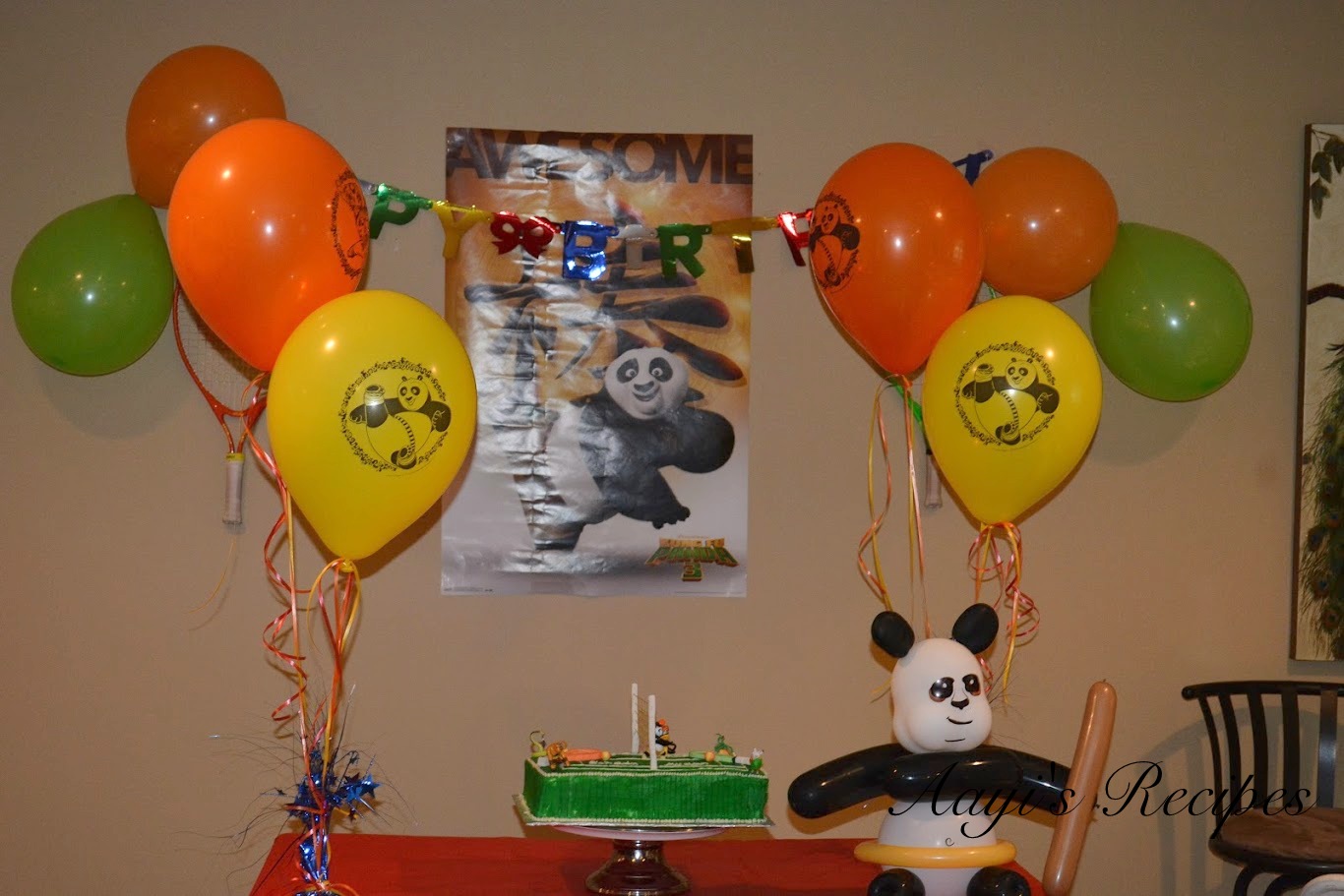 We had 14 families attending the party. I made spicy paneer stuffed puffs, sev bhaji,  papdi chaat, matar pulav, a simple dal to go with pulav, curd rice. Along with these, we had chips and salsa, fruits and soft drinks. We got pizzas for kids too (on demand by kids!).