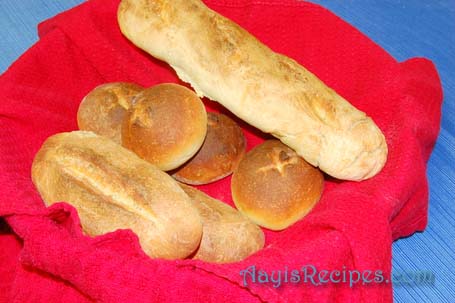 This month’s Daring Baker’s challenge is French bread hosted by Breadchick Mary and Sara. When I first read about the recipe, I got very excited because bread is something which I always wanted to learn to bake. It is one of the extremely well explained – with attention to even the smallest details – recipes I have come across. So I left a comment to Breadchick and Sara that I love this challenge.

After about a week, I thought I should have a look at the recipe and decide when I will be baking it. So I started reading it. To give a complete picture – I have never tasted any French bread in my life. So I had no idea how it is supposed to turn out. V is someone who never touches a hard bread. As many of you know, 90% of breads used by us in India are the soft bread. We have not gotten used to liking the hard crusted bread. Atleast I have tried at Panera bread few times but he just can’t take it. No, there is nothing wrong with the bread, its just that our taste buds are not yet adjusted to it.

With that background, I started reading the post. Well, thats when I started getting shivers. This challenge was in no way a simple one. One read through the post and I realized, I had doubts in my mind. Well, I can’t follow long instructions. Then I saw breadchick had given a link to a video to help in understanding the basics. I went through the video twice and got a pretty good understanding about the bread.

The only thing I was really worried about was, “steam contraption”. If you watch the video, the chef is throwing water in an oven to create steam. Since we have an electric oven, I thought it might create some short circuit if I did that. I was even scared to keep a tray with water in the oven as breadchick and Sara mentioned :(. But anyway, I went ahead and followed each and every step mentioned. I got a bit confused at the shaping part, so I followed the video.

Finally I made 1 batard, 2 ficelle and 4 small round rolls. It took about 6-7hrs. I might not have watched the time exactly, but I went with the volume mentioned by the hosts. The bread was super tasty. I simply loved it. I can say, now I am not that scared of baking anymore. Thanks Breadchick and Sara for selecting this challenge, it was just awesome. The bread does not look as good as it should be, but I am satisfied with the result considering this is my first time at baking any such complicated bread (Well, I think the stuffed buns were very easy compared to this). 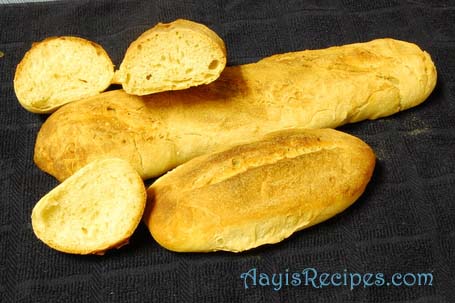 I tried taking as many pictures as possible. But after sometime, I just lost patience. So I will post here whatever pictures I took. Since this recipe is too long, I am not going to reproduce it here. You can find the recipe at breadchick’s blog or here. 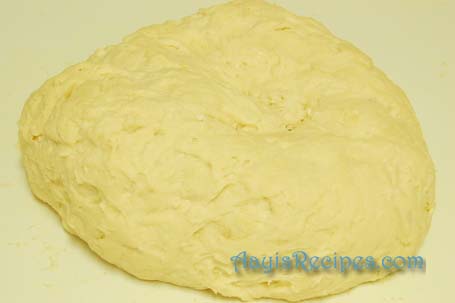 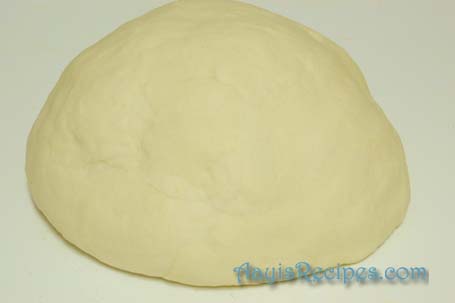 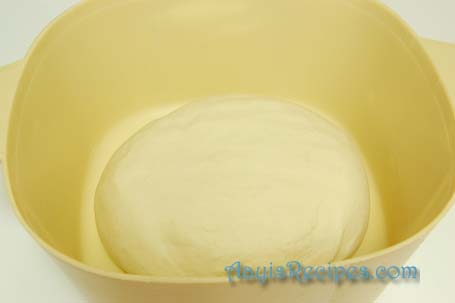 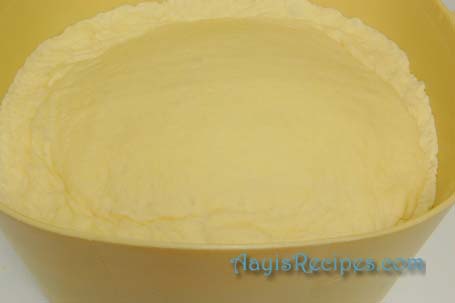 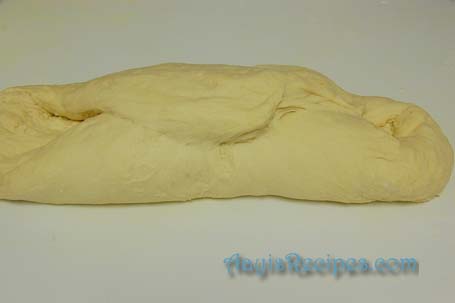 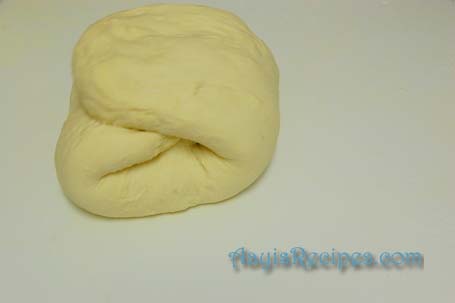 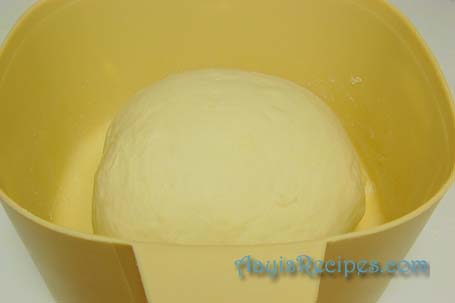 Cutting and resting the dough 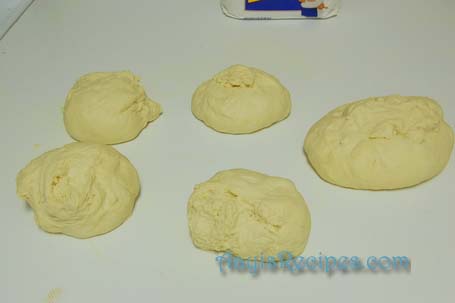 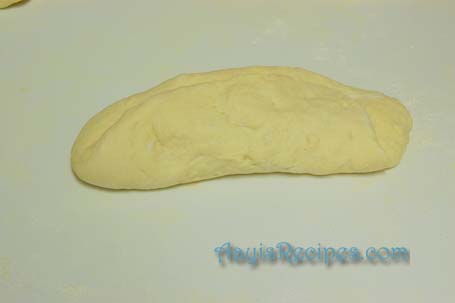 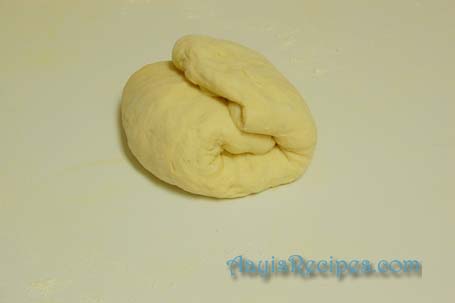 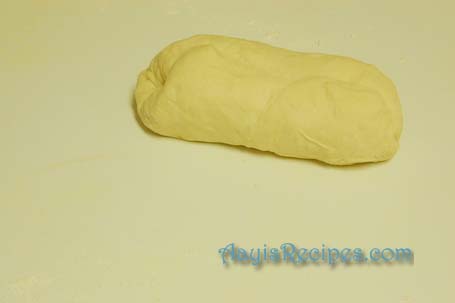 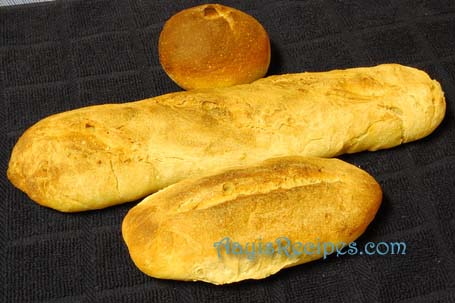 I could not finish off all the bread in one day. So I froze the remaining lot.

I baked the pieces topped with little olive oil till it became crispy and enjoyed with soup on the next day. 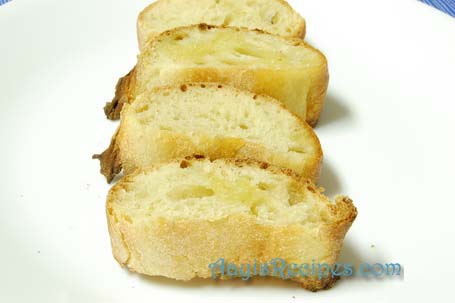 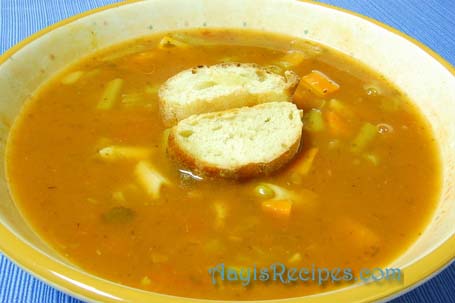 On the third day, I sprinkled some garlic chutney powder on it and baked it for sometime to make a crunchy toast. 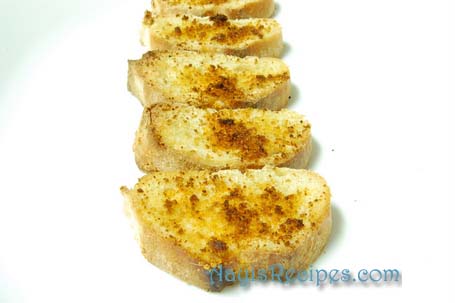